Home/Tours/CROATIA’S FINEST FOOD, PART 1: THESE ARE A FEW OF MY FAVOURITE THINGS
Previous Next

Nothing to do with girls in white dresses with blue satin sashes but an entirely subjective list of my favourite Croatian dishes and where to find them.

What is to follow over the next few articles is a treasure map of sorts, taking you on a journey through the rich landscape of Croatian cuisine. It consists of new and typical Croatian dishes that will make a solid if subjective introduction to the food of Croatia, listed in no particular order. It was compiled with some help of a dear friend (Sanja Buljan, you know who you are) – a believer in life, love, laugher and, of course, exceptionally good dining out.

Prosciutto and cheese at Konoba Dioklecijan in Split 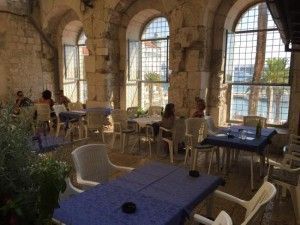 Not unlike dry-cured ham prosciutto crudo from Italy or Spanish Jamón Serrano, both Dalmatian and Istrian pršut are a delicacy and not to be missed whilst in Croatia. Dalmatian pršut is both smoked and air-dried in the process that can take as long as two years. After smoking, it is hung to dry and exposed to bora – a dry, cool, northern wind that blows of the Velebit Mountain towards the sea and brings mineral salts and scents of aromatic plants and herbs with it. The best specimen also enjoy some exposure to the south wind jugo in order to avoid over-drying. It is traditionally cut by hand in medium-thick slices that are best enjoyed with cheese, wine and laughter.

The golden-boy of Croatian cheeses, Pag cheese or paški sir is one of the best-loved and praised artisan cheeses here. A hard, distinctively flavoured sheep milk cheese from Pag Island it has the EU protected designation of origin (PDO) certificate and has won multiple awards as far afield as America and most recently at the World Cheese Awards in Birmingham. Rustic varieties are made using grape, olive or maraschino cherry pomace.

These two are best mates when it comes to food and one of the best places to enjoy them with some wine is at Konoba Dioklecijan in Split. It is known locally as ‘Tri volta’, referring to the three Roman arches beneath which it sits, overlooking the sea promenade. If there is a place that can be said to occupy a prime location whilst being of the beaten track, then this is it. Nestled in the very walls of the third-century Diocletian’s Palace that is a UNESCO World Heritage Site, it is an elusive place to find and only the most determined seem to uncover this treasure (yours truly failed miserably on two attempts). In a testament to this, in the peak of a tourist season its million-dollar-view terrace is populated with locals and only an occasional tourist or two. It is a rough and ready tavern that’s been a sanctuary to thieves, fishermen and sailors, local artists and artisans and an occasional lady of the night and atmosphere can range from workaday to arty, bohemian and rowdy and back. As such, it is not for those seeking unblemished beauty or sophistication for an evening meal, or indeed a kow-towing service, but if you come with an open mind you will have an authentic and affordable experience, which is surely a luxury in itself. And you’ll have a story to tell, for this is the place where Split’s legends are made. 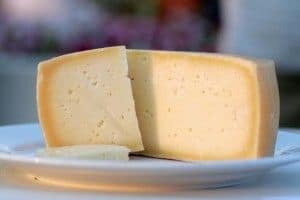 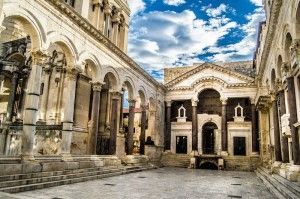